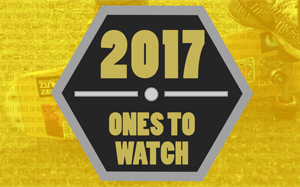 Freestyle skateboarding is continually evolving, driven by the dedication, creativity and self-expression of skaters across the world. As time goes by, the number of freestylers across the globe continues to rise, with each new skater making their own unique contribution to the sport.

This is one of the most exciting things about freestyle right now, as nobody truly knows where it’s headed and everything could change in a heartbeat. If you think back as recently as five years, many of the most prolific up and coming freestylers were still unknown to the world, though within this short space of time, they have brought something special to freestyle and furthered its expansion. 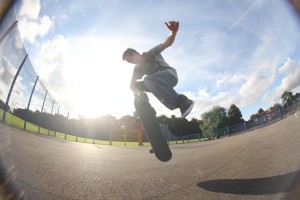 Additionally, some of the longest-standing and best known freestylers continue to push themselves on a daily basis, inspiring generations of skaters to come and remaining a dominant force within the contest scene.

Each year, we endeavour to highlight five of the top freestylers from across the world that we anticipate are primed to make a positive impact on the freestyle world. This has ranged from young, amateur freestylers, such as Isamu Yamamoto and Marcio Torres, to well-established legends, like Rodney Mullen.

As the contest season approaches and the weather continues to improve, we recommend you keep an eye out for these five skaters and look forward to seeing the great things that they will achieve.

After dominating the amateur contest scene across Europe for several years, Felix has quickly set about establishing himself as a force to be reckoned with in the pro freestyle scene. In 2016, Felix continued to perform solidly, earning his first pro contest victory at the US Championships. 2017 has already started with a bang for Felix with an impressive 3rd place performance at the Big Rio Freestyle Contest.

Felix’s skating is thoroughly enjoyable to watch because every single trick is executed to perfection. His runs are expertly crafted with classic freestyle manoeuvres and looking back at his runs over the years, it’s clear to see how he has put in the time to perfect his favourite tricks. Felix is well on his way to becoming one of the top competitive freestylers and will only continue to build upon his abilities. We’re looking forward to seeing him progress further and anticipate great things in 2017.

After disappearing from the scene for several years, Reece Archibald burst back onto the scene in 2016 with a blistering array of technical tricks, joining up with the Never Enough team and touring across Europe, bringing freestyle to the masses.

In 2017, Reece will make the trip out to Vancouver for his first World Round Up, will, hopefully, be heading out to Paderborn and is set to take the competitive freestyle world by storm. As he continues to learn new tricks on an almost daily basis with incredible consistency, we expect great things from Reece and 2017 is set to be his year to shine.

The Fujii family name is well-known in the freestyle world and one of the youngest members of the clan is starting to create some waves. Yuta Fujii has quickly developed a smooth style and comprehensive bag of tricks, collecting a multitude of podium positions at contests across Japan.

With training from Masahiro and Toshiaki Fujii, two legends within both the video and contest scenes, Yuta will undoubtedly continue to progress and is on course to start smashing amateur contests across Japan and, for the first time, the World Round Up. At his current rate of progression, we don’t foresee it taking too long until Yuta is skating at a professional standard.

Brandon Ross is quite possibly the most enthusiastic freestyler you could ever hope to meet, who has shared his truly endearing story of progression and dedication with the freestyle community. Returning to the contest scene in 2016, Brandon made it into the top 10 amateurs at the World Round Up and finished the year with a 2nd place finish in the amateur US Championships.

Brandon has since picked up sponsorship with Reverse Skateboards and continues to share videos of his progression online, along with his personal goals and areas he wants to better himself. At the 2017 World Round Up, we’re hoping to see him put his ever-improving skillset to full use and climb higher up the freestyle rankings.

One of Brazil’s finest up and coming freestylers, Diego Pires knows how to put together a solid contest routine, consistently ranking in the top three at pretty much every contest he’s entered for the last few years.

In addition to joining up with the Moonshine Skateboards team, Diego earned 2nd place in the World Round Up amateur contest with a routine that rivalled some of the professional performances. After We’re anticipating another solid performance at this year’s Round Up (maybe even seeing himself to the very top of the podium) and looking forward to seeing him in the pro division in the near future.

Who are you looking forward to seeing skate this year? Do you have any predictions for the winners of this year’s contests? Head over to our Facebook page now and join the discussion. 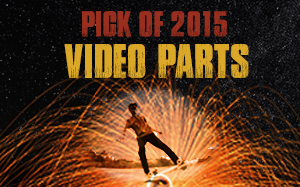 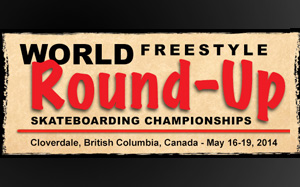 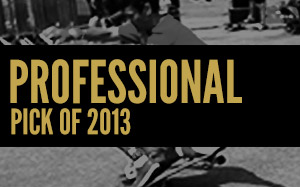