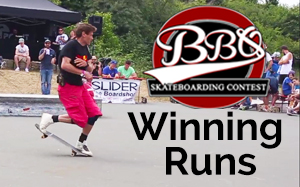 When it comes to top-notch freestyle skateboarding, the Paderborn BBQ Skateboard Contest never lets you down! This year was no exception as some of the best freestylers from across the globe threw everything they had into one of the most closely-contested freestyle contests in years.

Gunter Mokulys, fresh from winning the Big Rio Freestyle Contest, 2015 World Round Up and just about everything else, returned to Paderborn after missing last year’s event through injury. In recent years, Gunter has really put the work in to improve his contest runs. Whilst his old routines were brilliantly crafted and scored highly, stiff competition from the likes of Sebastian Heupel and Mike Osterman encouraged Gunter to diversify his run and push himself further.

This almost flawless routine combines a great mix of technically difficult tricks and risky combos and wheelies (well, risky to pull out in a contest at least) and gave Gunter his first Paderborn victory in over 5 years.

Marius Constantin is a real freestyler’s freestyler. He is an inspiration to hundreds of young Romanian freestylers, building up the scene in his home country whilst pushing his own abilities further and further. Last year, Marius took 1st place in the amateur contest with a brilliant routine. With this run earmarked to be his final amateur contest performance, it was sure to be a good one.

Sure enough, Marius did not disappoint. He put together a run that would have stood up brilliantly in the professional division. With powerful coco wheelies and 50/50 combinations, Marius took home his 2nd consecutive amateur contest victory.

Back in 2001, freestylers gathered at the Paderborn skatepark for the first time at what would turn out to be one of the most important freestyle contests of all time. The freestylers wowed the locals and visiting street skaters, prompting an invite back the following year and every year since. Skating a flawless run, Yoyo Schulz took first place. Fifteen years on, Yoyo is still skating to an incredible standard and returned to Paderborn.

Yoyo took the legends category victory with a fast and frenetic routine, packed with brilliant Yoyo Plants, quick footwork and classic freestyle tricks. A legend in every sense of the word, Yoyo took 1st place with style.

If you want to see more of the contest, you can check out all the runs online on Danny Darkslide’s YouTube Channel, or an edited highlights montage on the LateTricks YouTube channel. Hope to see you all there next year! 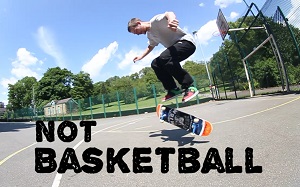 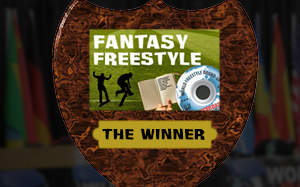 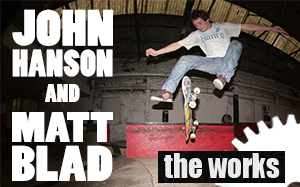 Hanson and Blad at the Works