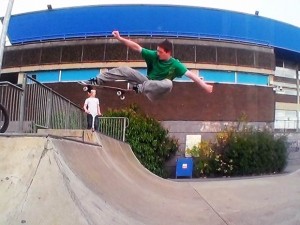 John started skating on February 27th 2002 and has entered numerous park, freestyle and games of skate since 2004

Photos and Videos from shoot with John Hanson