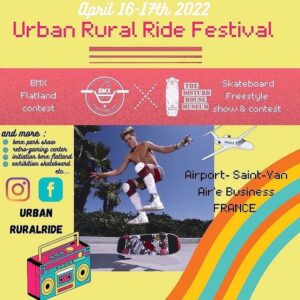 This contest was the first major freestyle contest to take place in France since the Paris Grand Prix in 2008, and was held alongside a flatland BMX contest at Saint Yan Airport. The contest took place over two days in April and used the head-to-head format. Judging was undertaken by all of the skaters who voted for their winner after each round, with Stephane Lagorce opting to drop out of the contest to manage the event on the day.